This is a lovely 9 mile Peak District walk taking in Sir William Hill trig point, Durham Edge trig point (ish) and Shatton Moor, all of which are Peak District Ethels which we were able to tick off our list! The walk takes you through the lovely Peak District countryside, with moorland terrain and farmland. 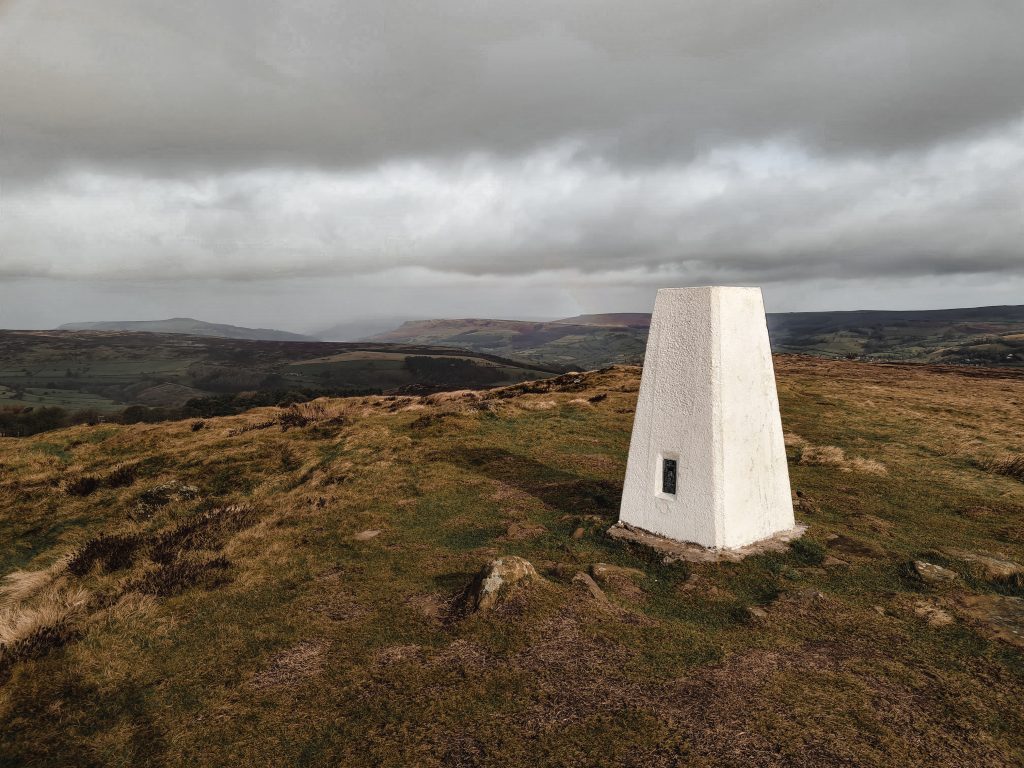 The rather grandly named Sir William Hill trig point is one of the more easily accessible trig points we’ve been to! It’s a short walk along a gravel track from the parking lay-by, and accessed via a stile which leads to a small hill, the summit of which is 429m above sea level. It was however one of the windiest trig points we’ve been to – we could barely stand up!! There are amazing views over the nearby Eyam Moor from here though, and over to Shatton Moor too. 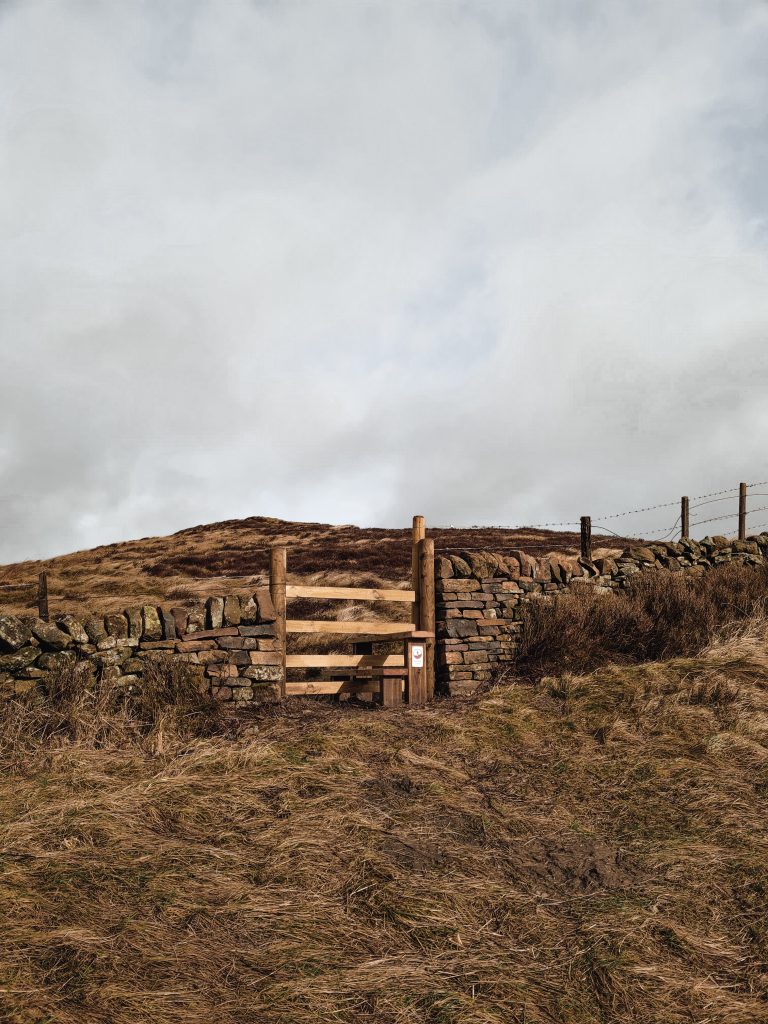 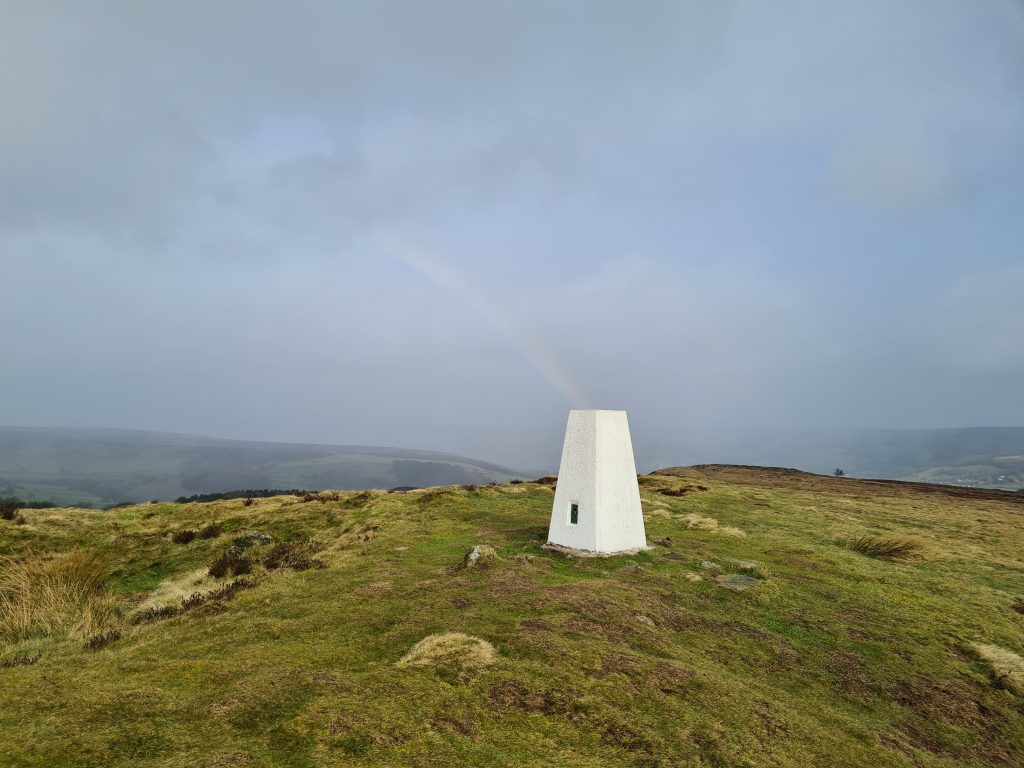 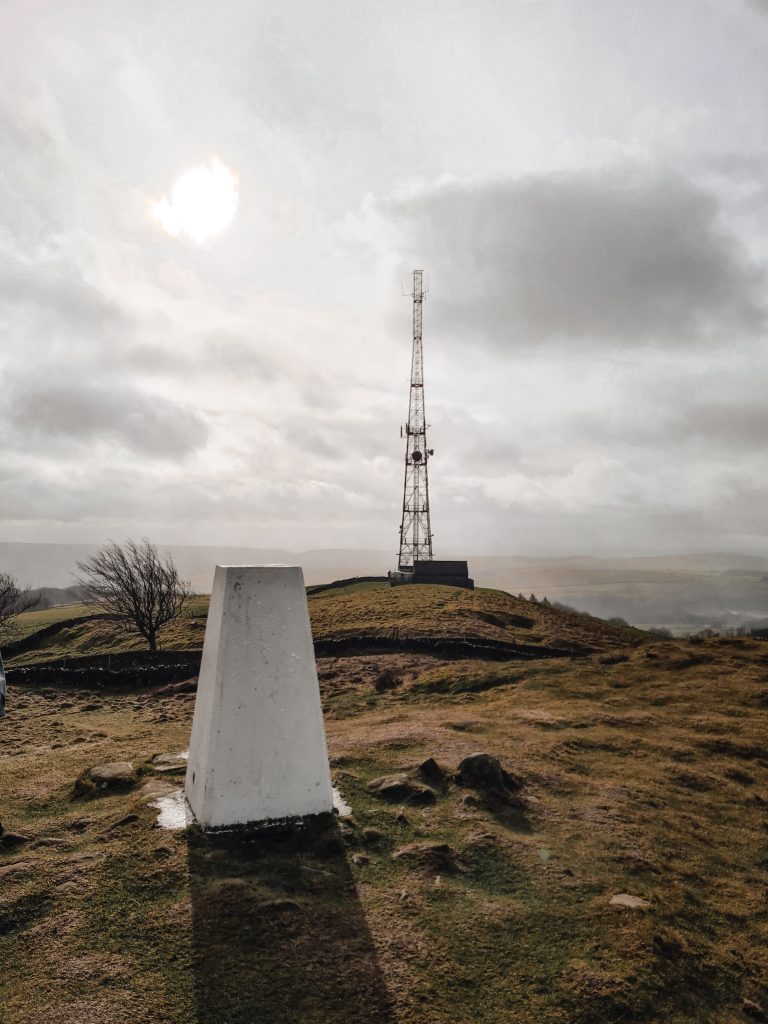 Our second trig point of the day was meant to be Durham Edge (Abney Moor). It’s located in a field near the Gliding Club, and I’ve seen online that other people say to call in at the Gliding Club and they’ll show you the best way. We duly called in at the Gliding Club to be met by a rather fed up lady who told us she didn’t want walkers pestering for access to the trig point and it wasn’t on their land. The farmer who owns the land is also fed up with people trespassing in his field to get the trig point. We thought we’d just get as close as we could, which is to within 100m or so using Open Access Land. This is only 6m lower than the actual summit, so #closeenoughisgoodenough for us. It’s a bit frustrating, but as these challenges get more and more popular it must be so irritating for landowners so I totally understand! 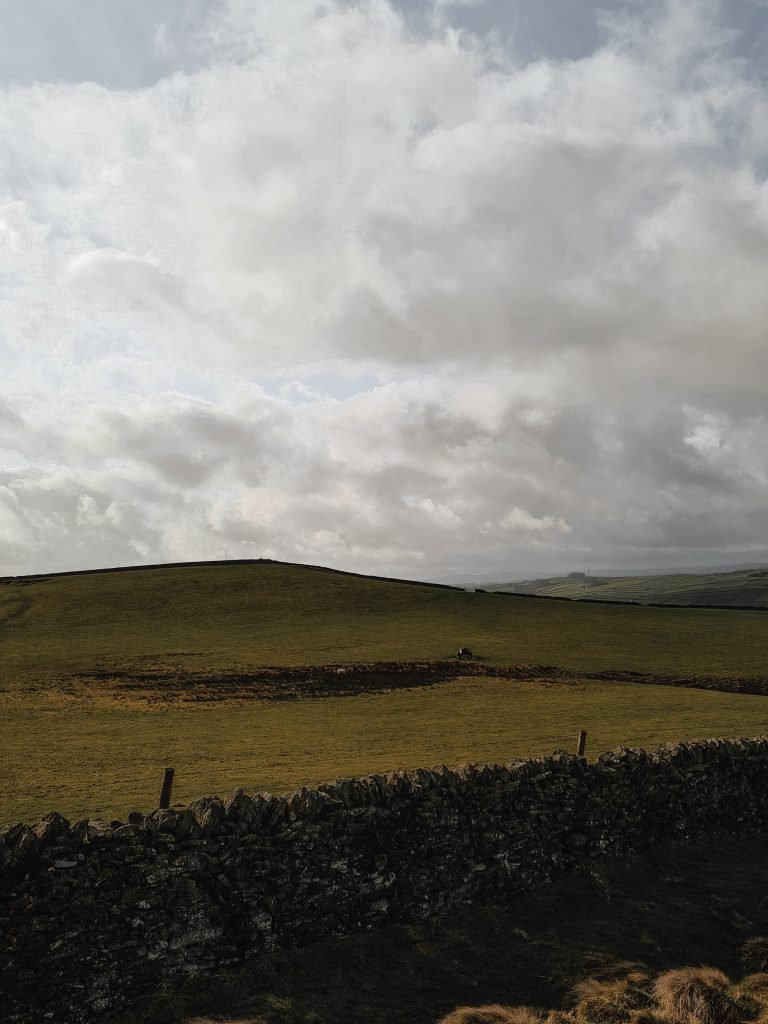 If you look closely on the brow of the hill you can see the Durham Edge trig point!

Our third summit didn’t have a trig point, but is on the Peak District Ethels list. Burton Bole on Shatton Moor is a bleak, featureless moorland plateau some 417m above sea level with views of the surrounding area. When we reached the summit we met another Etheller there – we never normally see any other people so it was nice to chat!

The walk starts in a lay-by near Sir William Hill Road in Bretton, just down the road from The Barrel Inn (Bretton, Hope Valley S32 5QD). I can’t find a road name or a postcode though for the lay-by unfortunately so check the position on the map below. After a quick detour up to the Sir William Hill trig point we retraced our steps and walked along the road to the Gliding Club.

After our chat with the Gliding Club representative, we headed off further along the road until it forked, taking the left hand fork. There is an entrance onto the moors here.

Following the track on the moors for around 0.8 miles, we climbed up the hill to a stile and I followed the wall along to the highest point we could get to on Open Access Land. From the stile you can see the Durham Edge trig point, but you can’t see it from the highest point!

I headed back to the stile where Hols had been having a snack break, and then we set off across the moor, following the track, until we came to a stile leading to the road. Apparently there is the remains of a Robin Hood Cross here, but I couldn’t see anything. 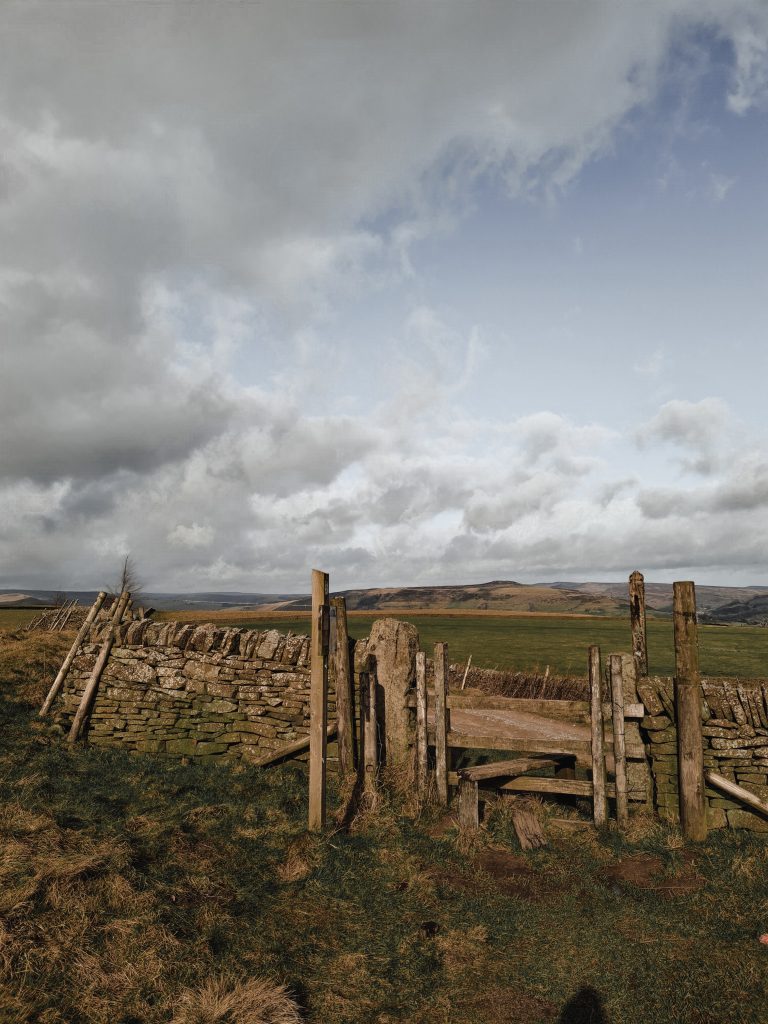 Following the road to the north-east, you’ll come to a gate with lots of byway signs on. Head through this, and then there’s a fence with Shatton Moor behind. We went through the large metal gate (taking care to close it afterwards) and followed the track up to the top of the hill. 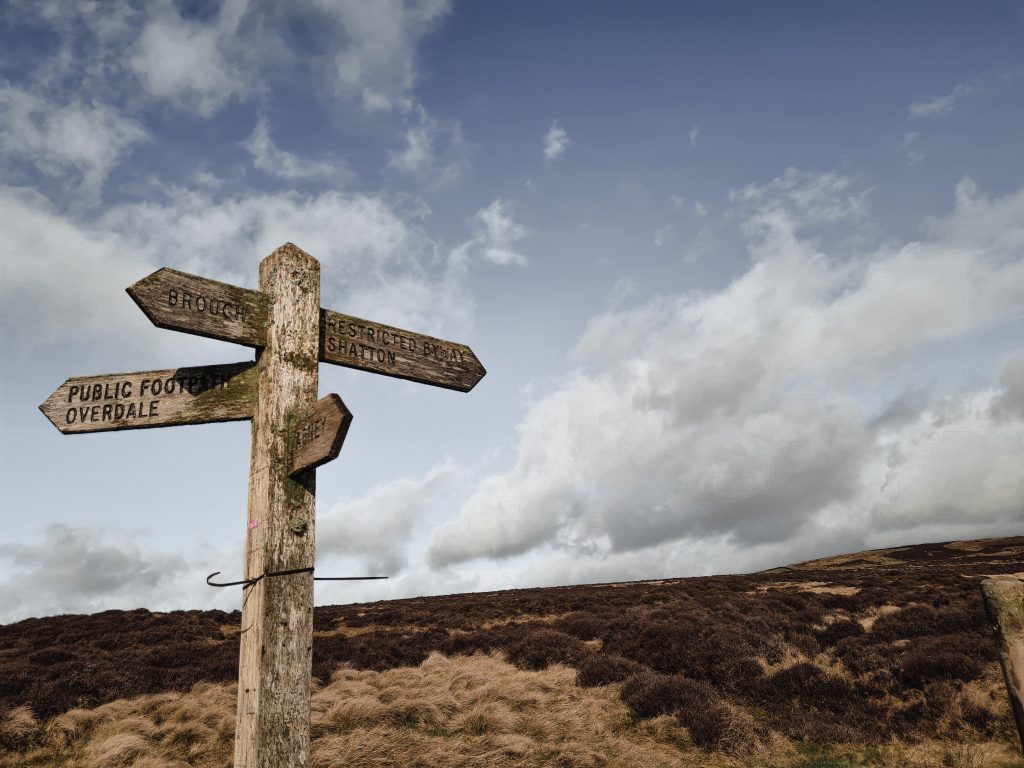 After the photos at the summit, we headed back down and meandered through the countryside back to the start of our walk, passing through the pretty village of Abney. 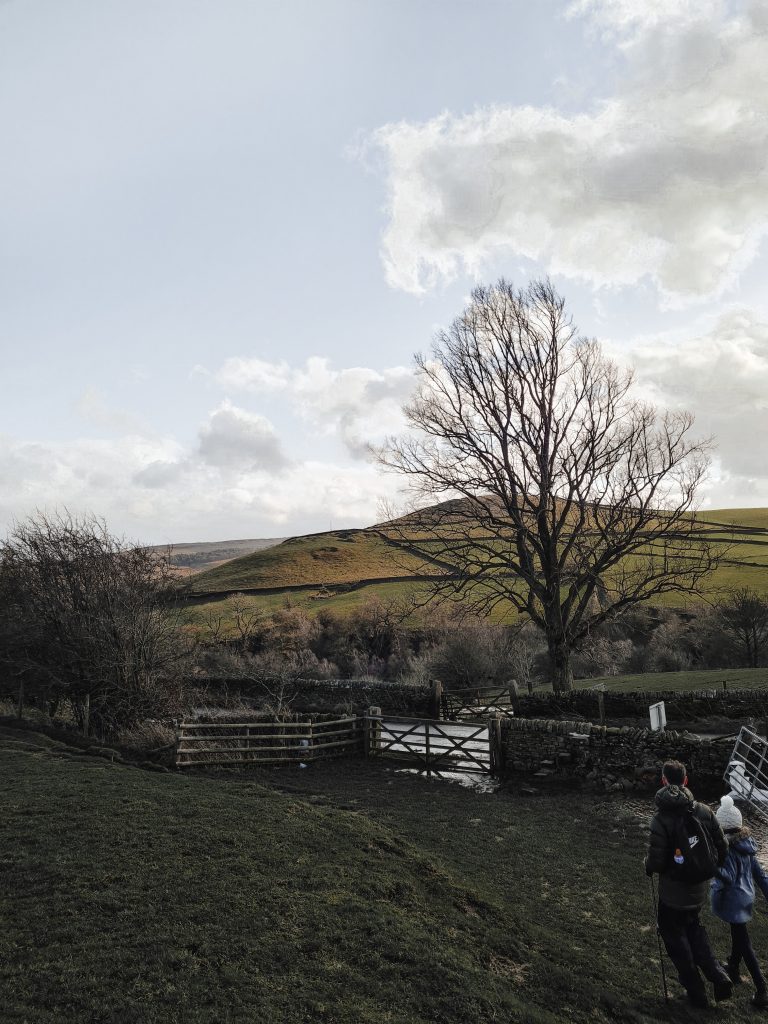 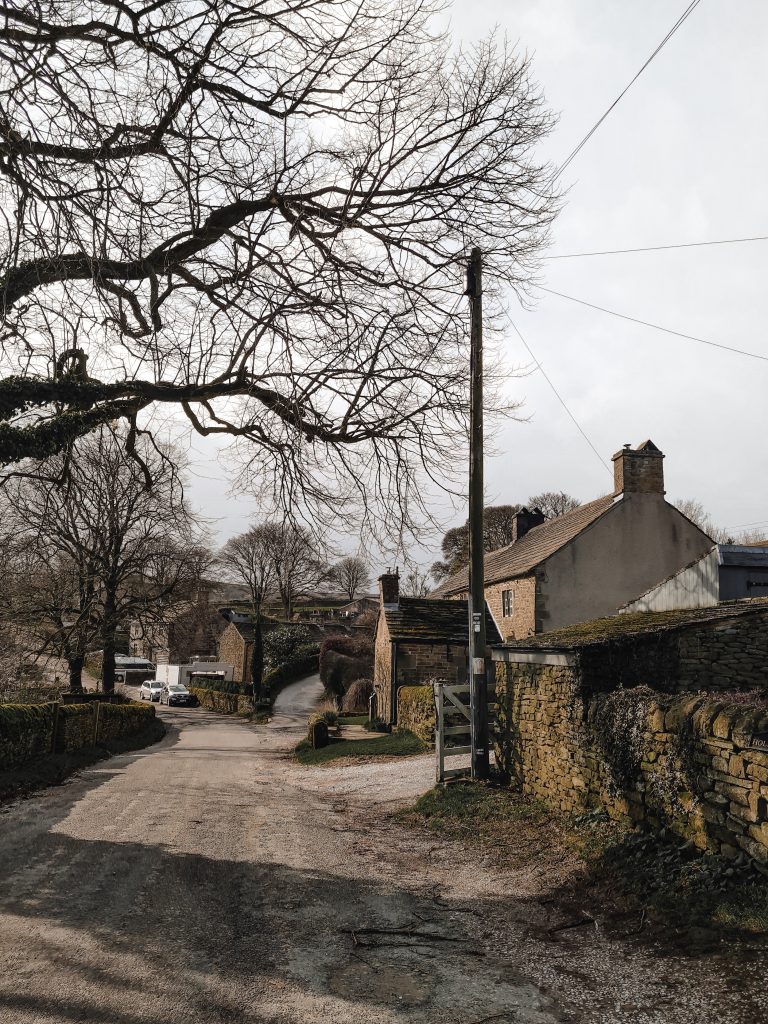 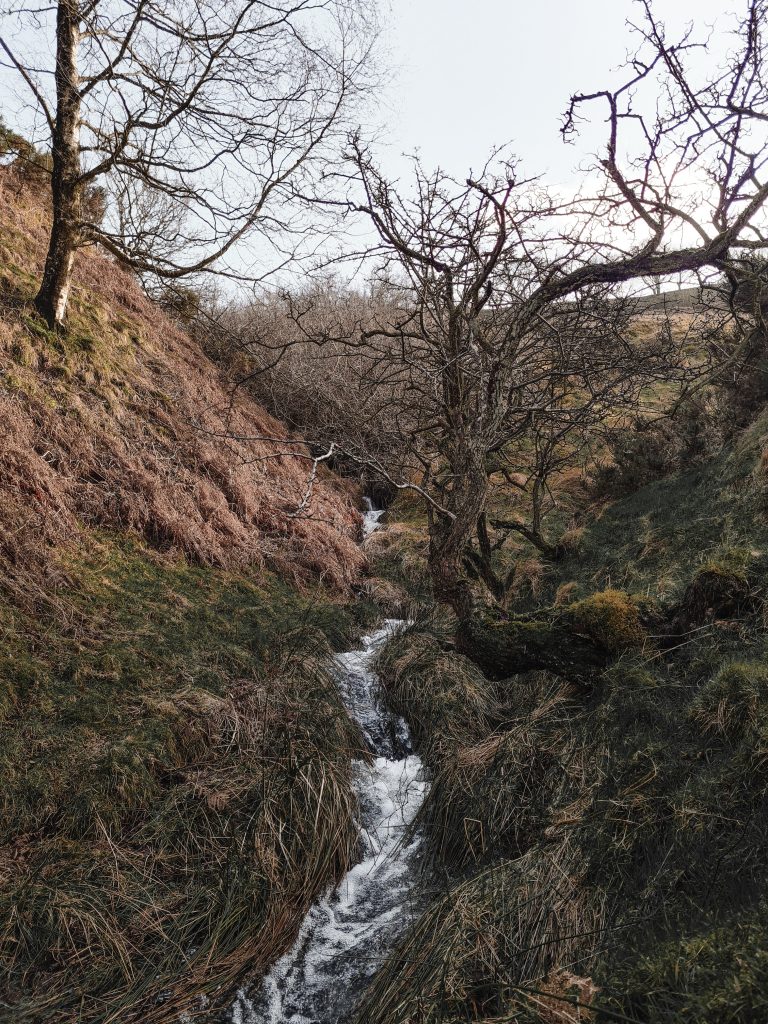 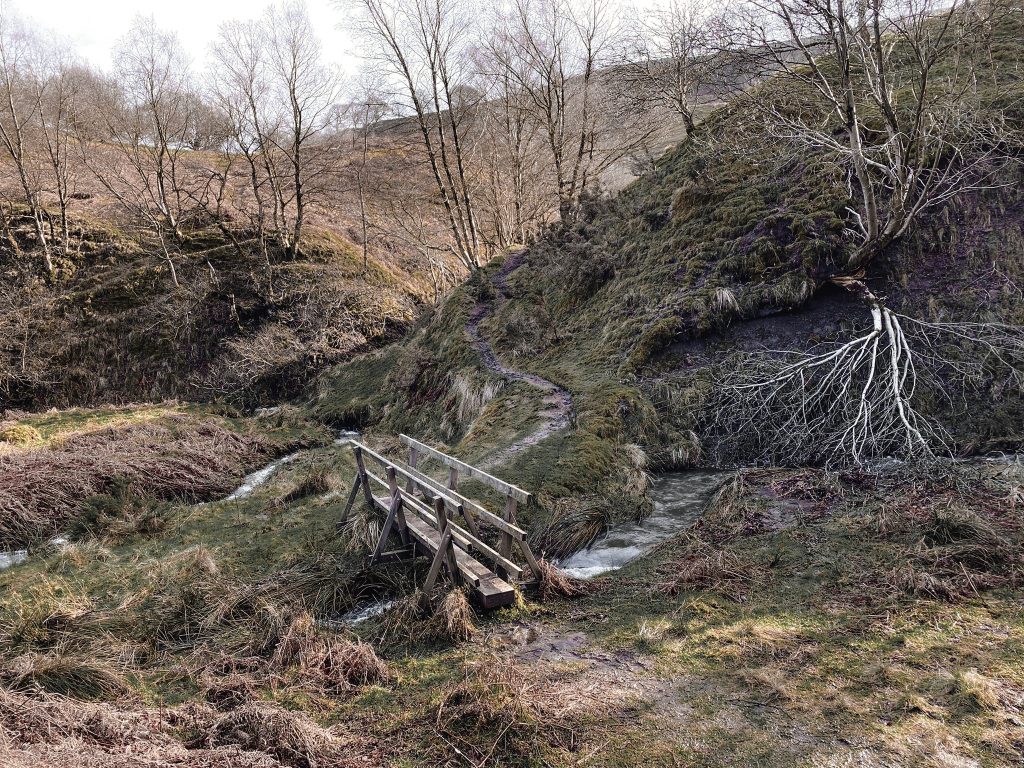 Facilities: None on the walk. We did pass The Barrel Inn but it was closed