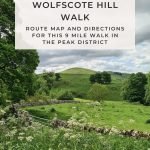 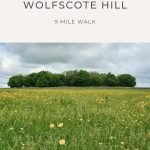 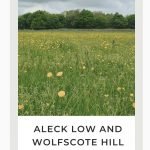 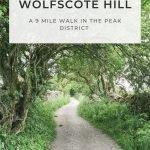 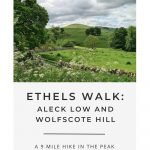 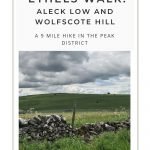 This Peak District walk takes you close to the summit of Aleck Low and to Wolfscote Hill. At 9 miles this walk through the Peak District National Park is lovely to do in Spring. 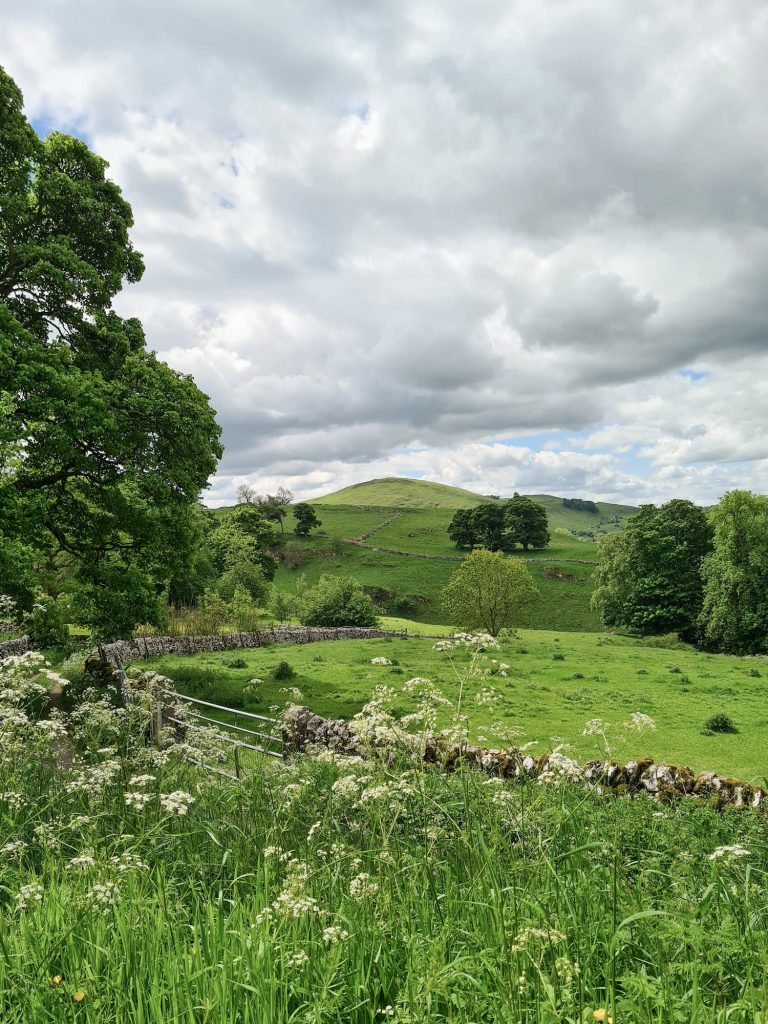 Views over to Gratton Hill from near Wolfscote Hill

Our walk starts in Friden car park (which is also an ideal start point for exploring the Tissington and High Peak trails). The car park is free and there is a petrol station with loos a couple of minutes walk away. 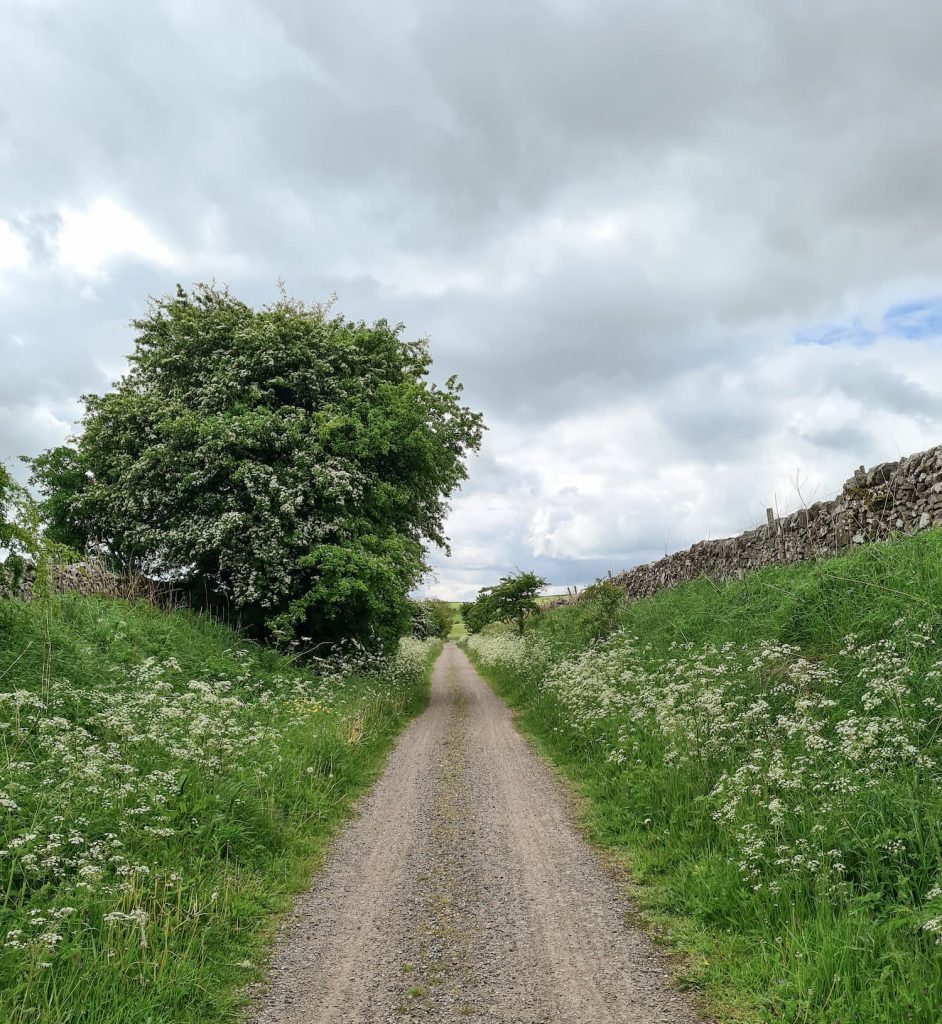 The High Peak Trail in Spring 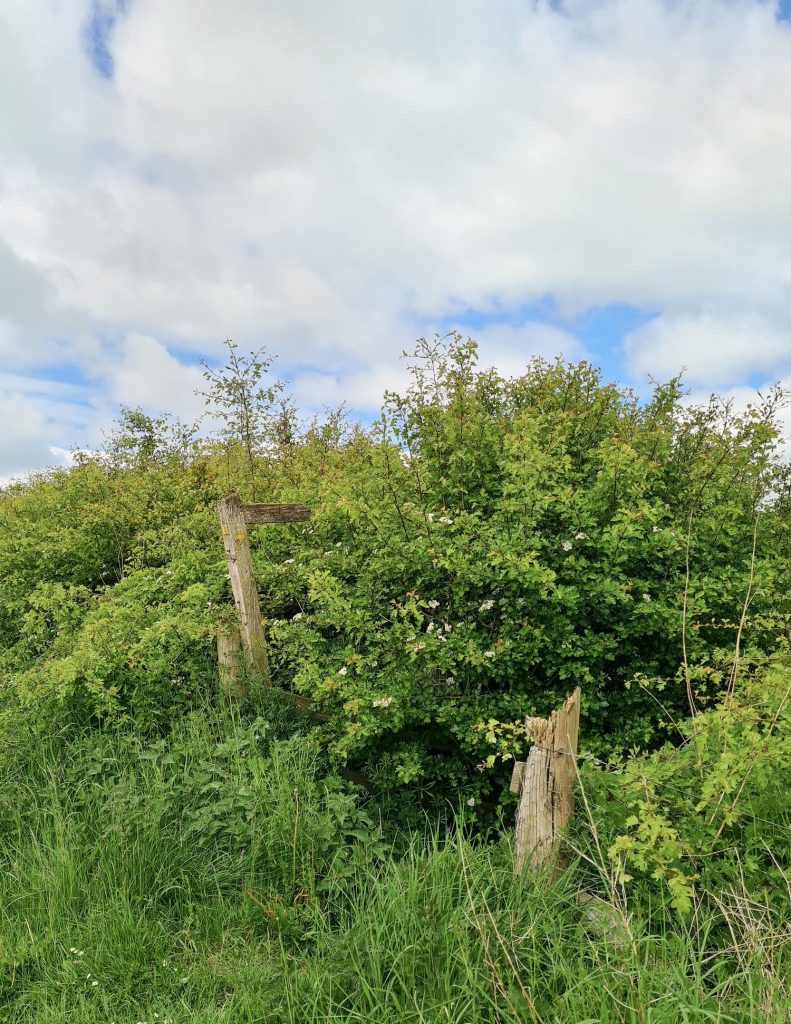 Heading south-east, we followed the High Peak Trail for approximately 1.25 miles, crossing the road and then heading up a farm track.  There is a footpath off to the right through the fields (which were planted with waist high  barley (I think)) with a very definite footpath to follow. 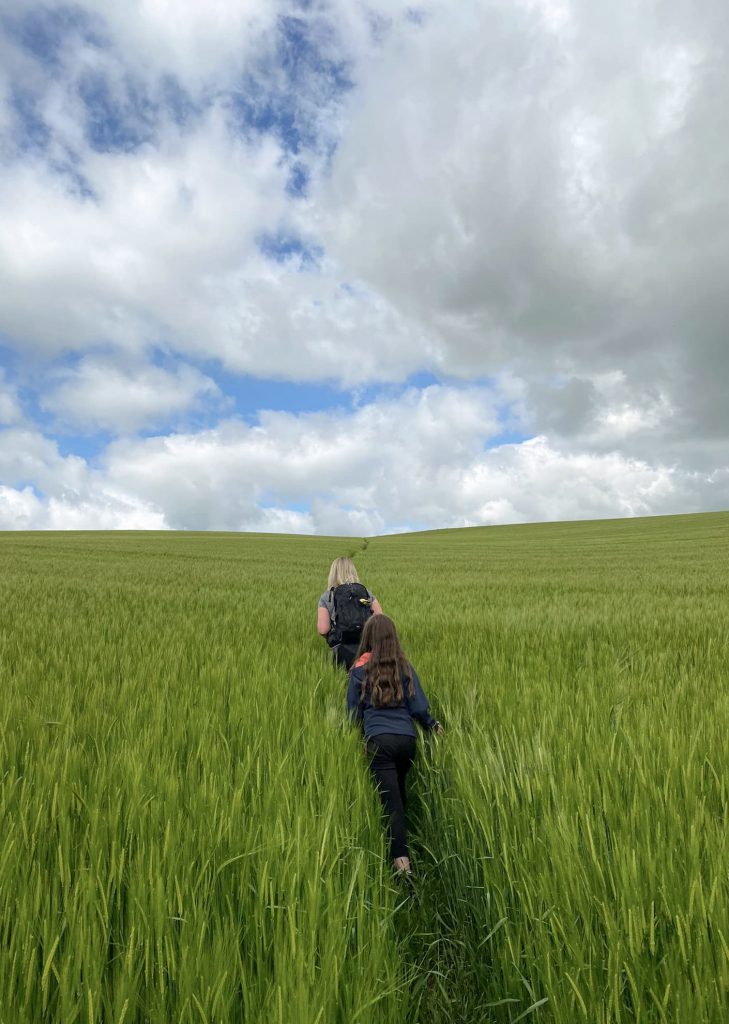 Carefully following the footpath through the barley field 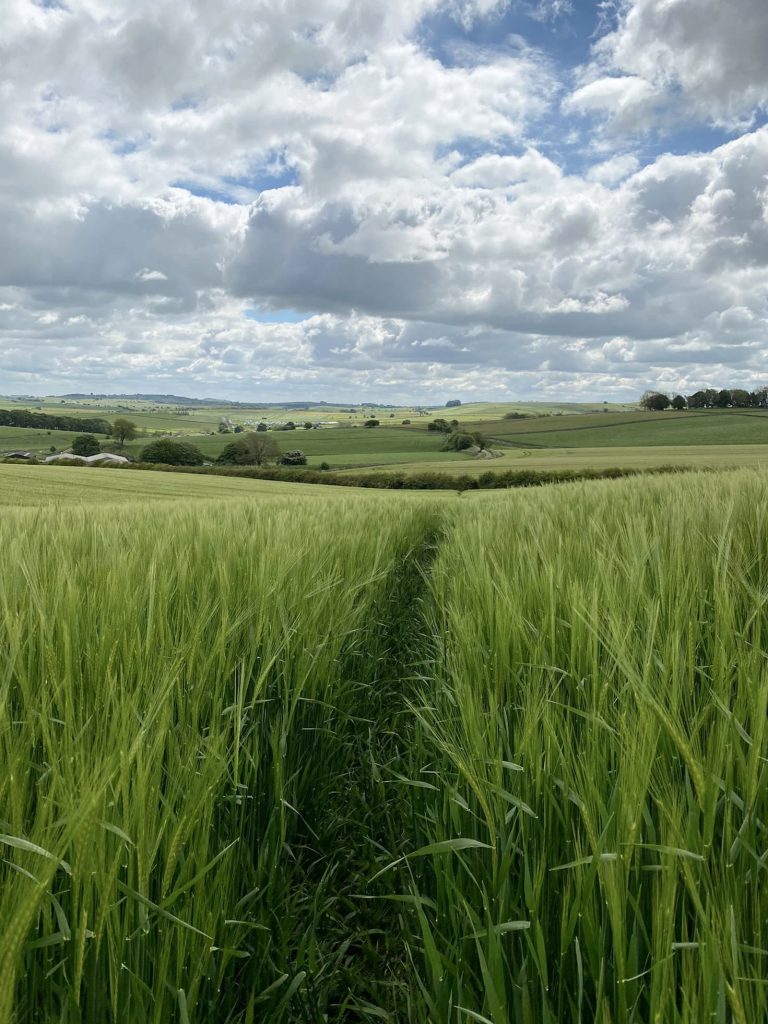 Views back through the barley field

We passed through a couple of barley fields and then came to the field where Aleck Low is. The actual summit of Aleck Low is the site of a Bronze Age burial mound and is on private land. The Aleck Low trig point is also on private land unfortunately, being over in the next field from the footpath. We managed a quick snap of the trig point, sticking to the edge of the field. 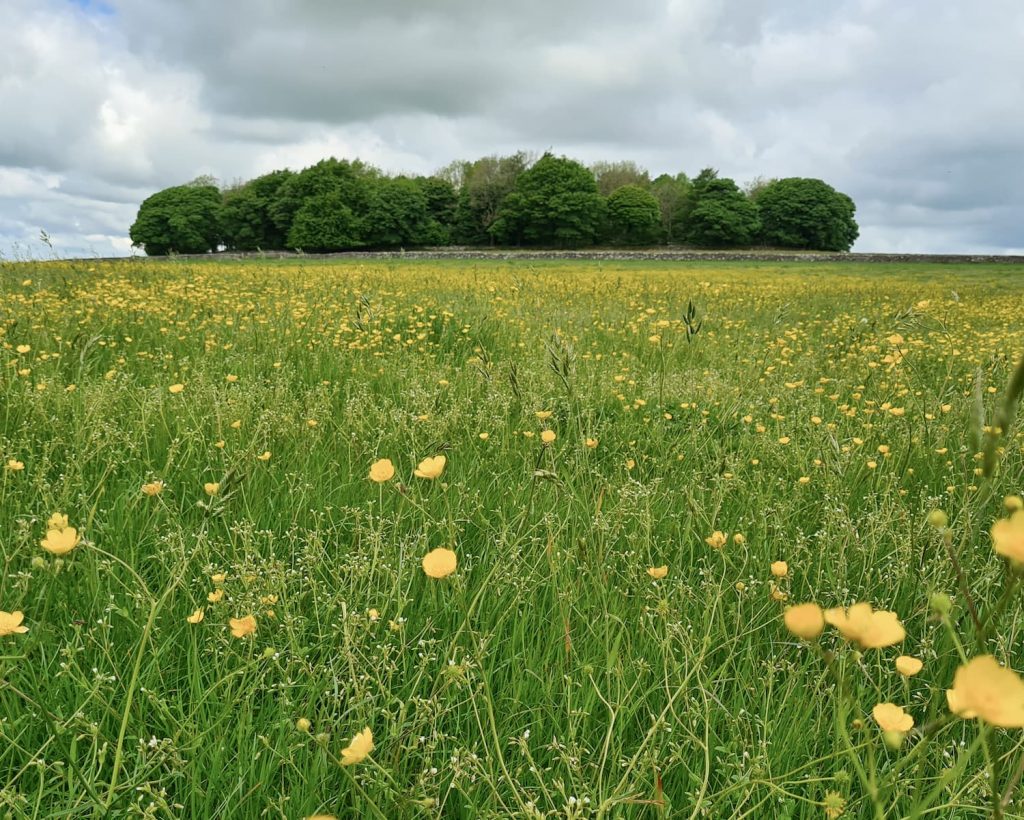 The summit of Aleck Low surrounded by trees 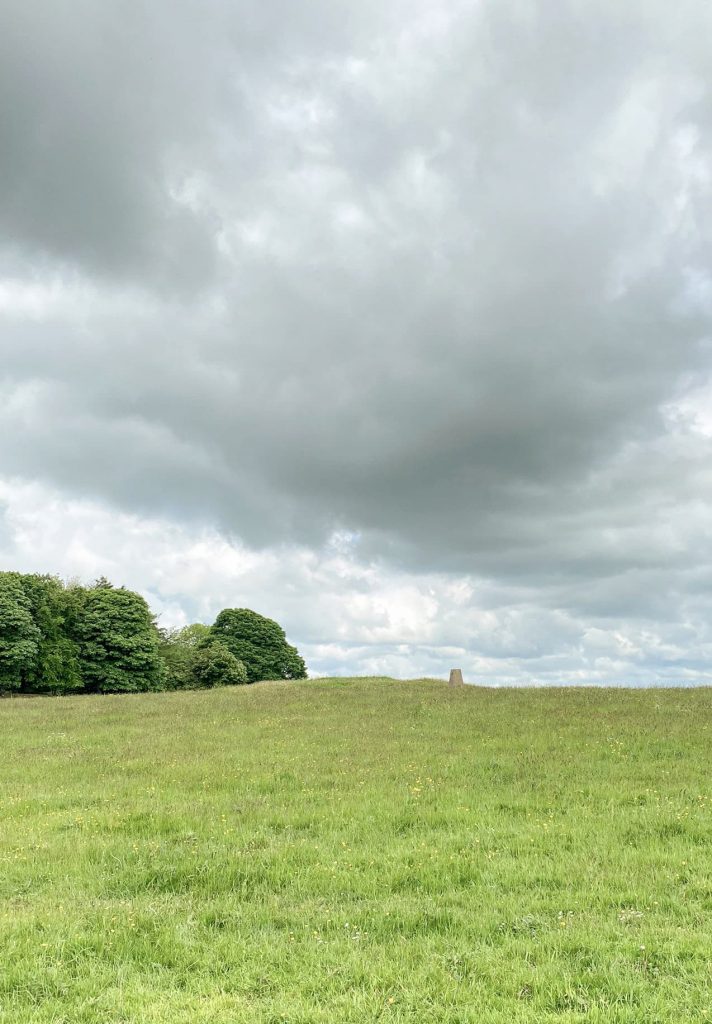 After a snack or 3 for Hols, we then set off on our merry way towards Wolfscote Hill. We passed through the pretty village of Biggin, which looked lovely all decorated for the Jubilee, and The Waterloo pub (which does a lovely pie and mash, plus Holly loved the kids menu there).

We followed a lane which winds up past the houses and between the fields, before heading along Reynards Lane towards Wolfscote Hill. 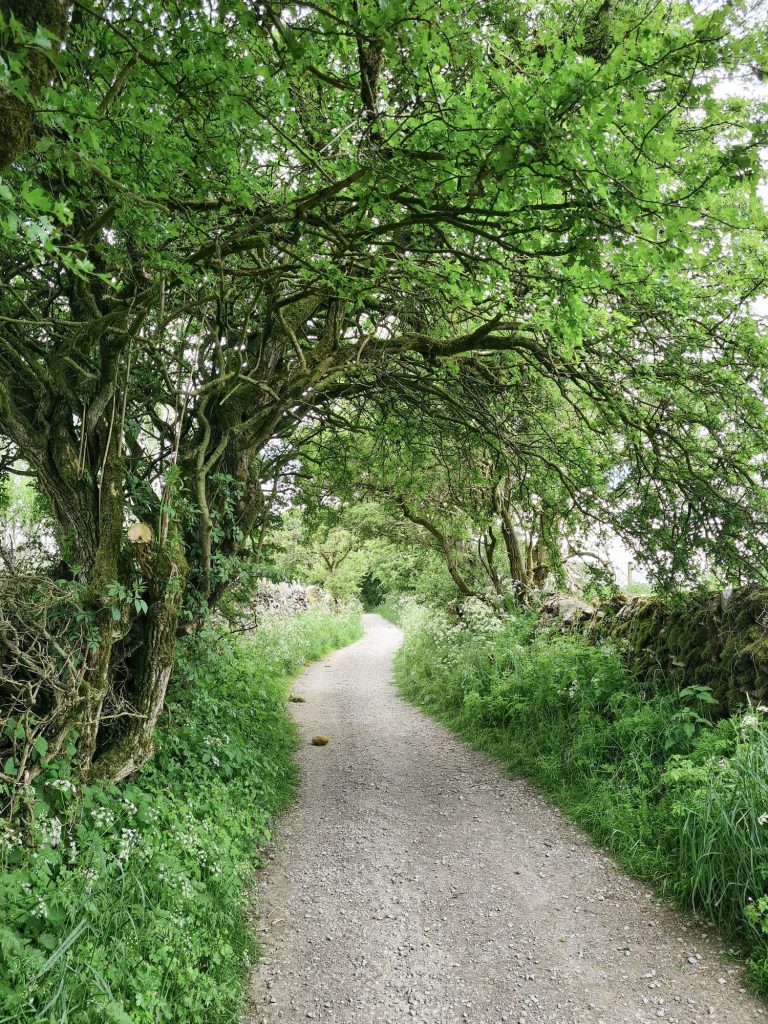 A country lane in the Peak District in Spring 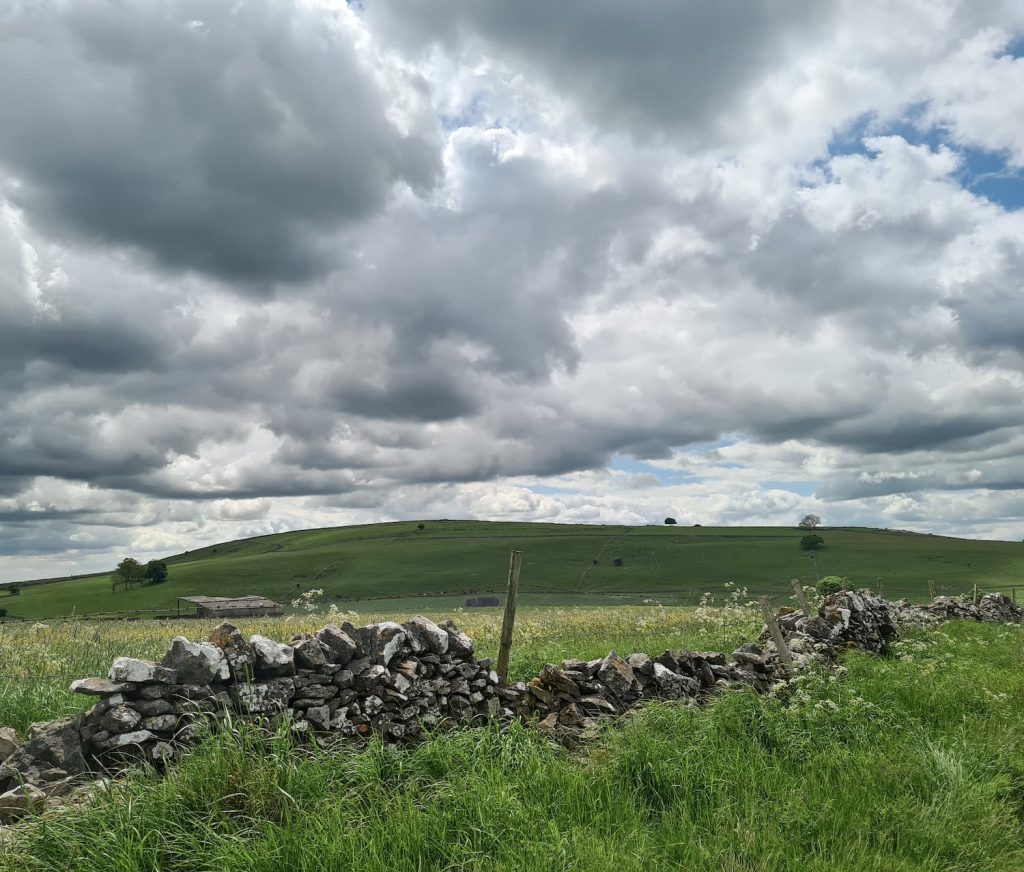 Wolfscote Hill as seen from a distance

We thought this would be a lovely easy trig point and Ethel to bag, but unfortunately not. When we visited there was some dispute over the ownership of the access to the trig point The Ethel Ready app says the land is being cared for by the National Trust but from doing a bit of research it would seem that the lease has expired, and the landowner has allowed the permissive access to lapse, meaning this is no longer Open Access Land. There are signs on the gates and relatively new fences have been erected, so this trig point is inaccessible for the time being. There are no other footpaths or ways to access the summit without trespassing.

UPDATE: You can now access the summit of Wolfscote Hill via the open access land as it is owned by the National Trust. Head through the metal gate before the cattle grid and up the hill. It’s a steep climb but the views are amazing! 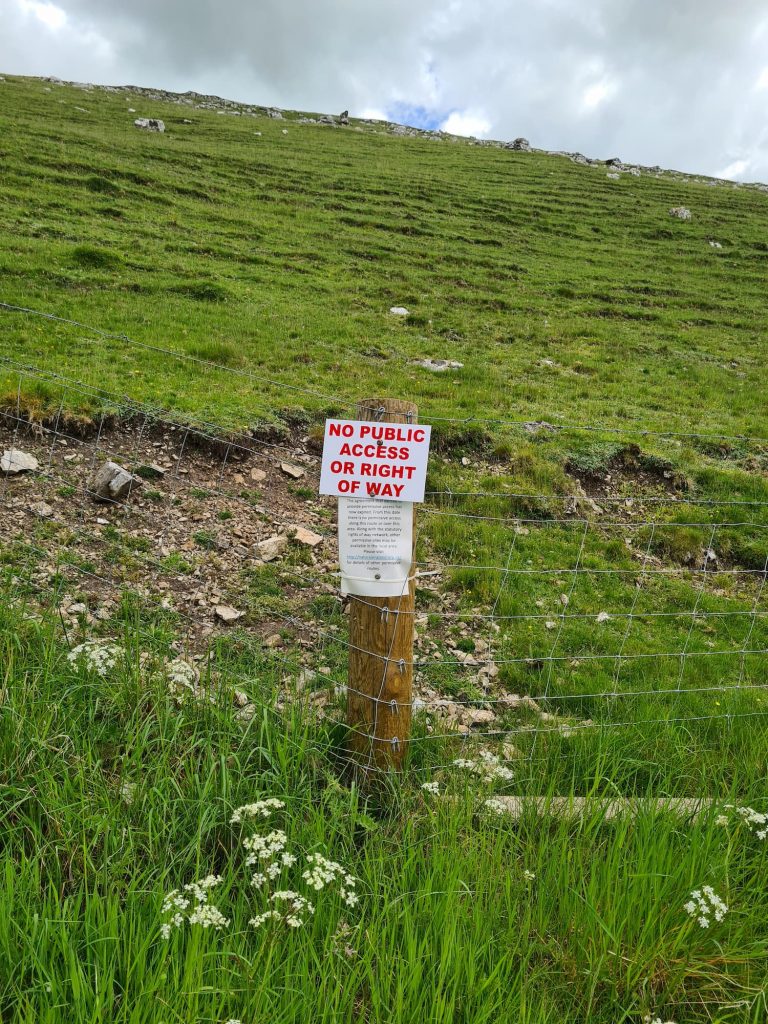 Following the lane back, we then took a little detour via Heathcote Mere, which is a very pretty spot to have a rest or a picnic, and then headed back to the car at Friden, walking alongside the Tissington Trail for part of the walk. We then headed back to Biggin to The Waterloo for a late pub lunch. 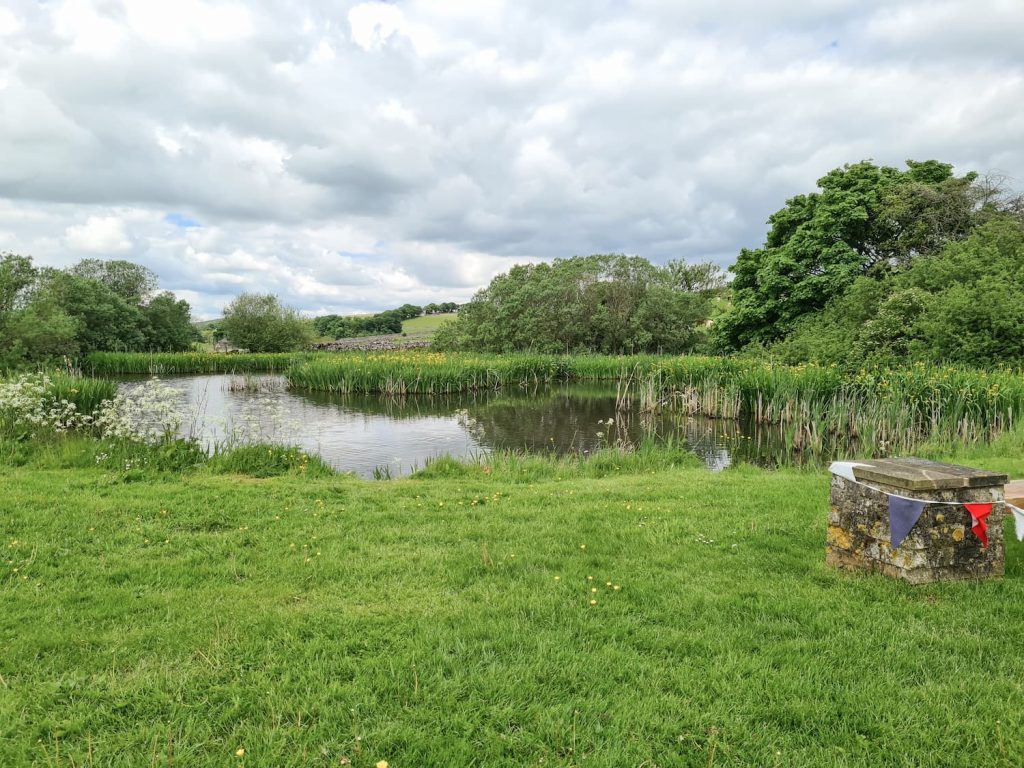 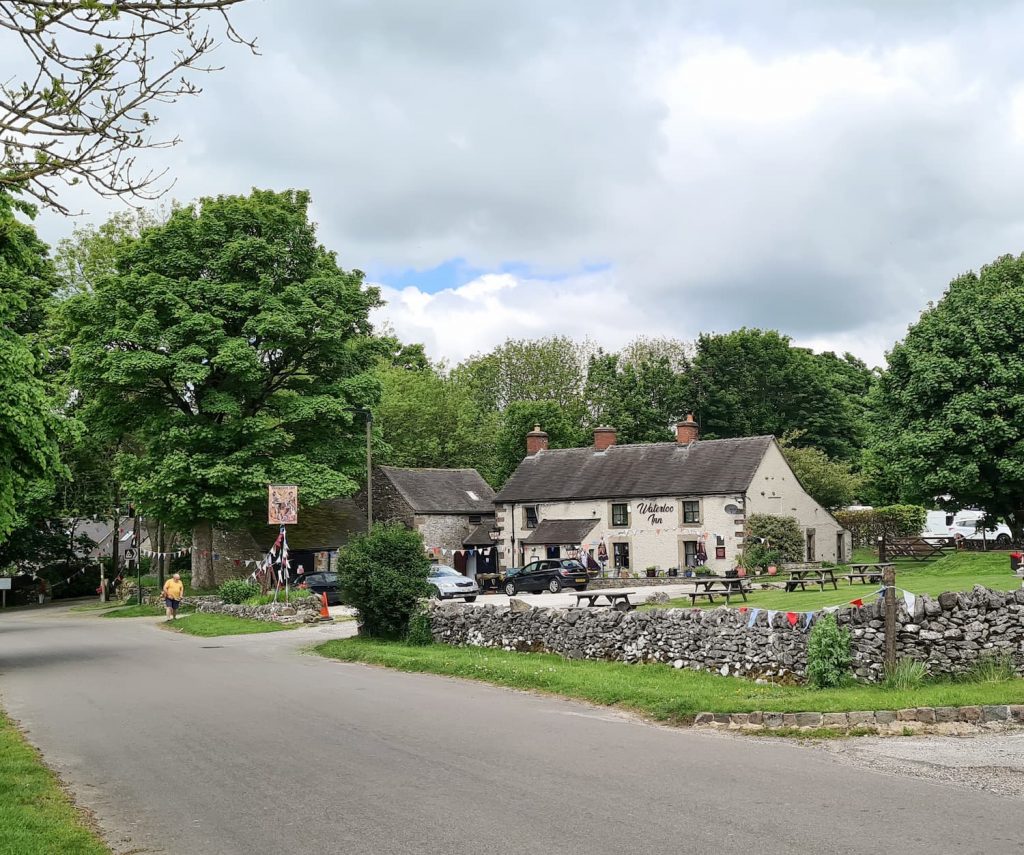 The Waterloo pub in Biggin

Despite not being able to access the Wolfscote Hill trig point, this was a lovely Spring Peak District walk to do. The lanes are packed with wildflowers and we picked a lovely day to be out and about.

Facilities: None in the car  park, however the nearby petrol station has loos and is next to Carriages Restaurant.

Trig Points Bagged: Aleck Low and Wolfscote Hill are on private land, but we got as close as we could

Peak District Peaks Bagged: Aleck Low and Wolfscote Hill are on private land, but we got as close as we could

Peak District Ethels Bagged: Aleck Low and Wolfscote Hill are on private land, but we got as close as we could