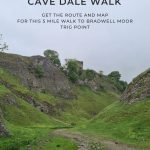 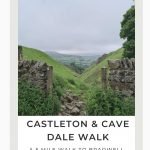 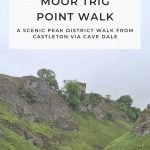 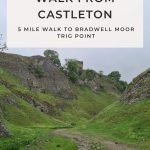 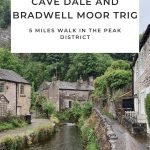 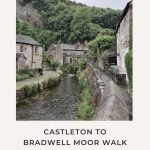 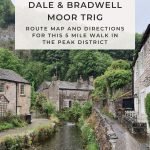 This Castleton walk takes you through beautiful Cave Dale and on to the Bradwell Moor trig point. At 5.2 miles this is one of the best walks in Castleton you can do (especially if you’re bagging Ethels!).

A Cave Dale walk is always an interesting walk. Walking through Cave Dale it’s hard to imagine this being a coral reef thousands of years ago, but it was! There’s an information board which gives you some more details about how Cave Dale and Castleton were at the base of a lagoon in the Carboniferous period, and the hills to either side of the dale are the remains of a coral reef.

According to Wikipedia “Cave Dale was initially formed by glacial meltwater carving a deep narrow valley in the local soluble limestone. The river then found a route underground leaving a dry valley with caverns underneath. Later on the caverns below Cave Dale collapsed making the valley even deeper and gorge-like at the northern end. The Castleton entrance to Cave Dale had a narrow natural arch as recently as 200 years ago, a relic of the roof collapse.” 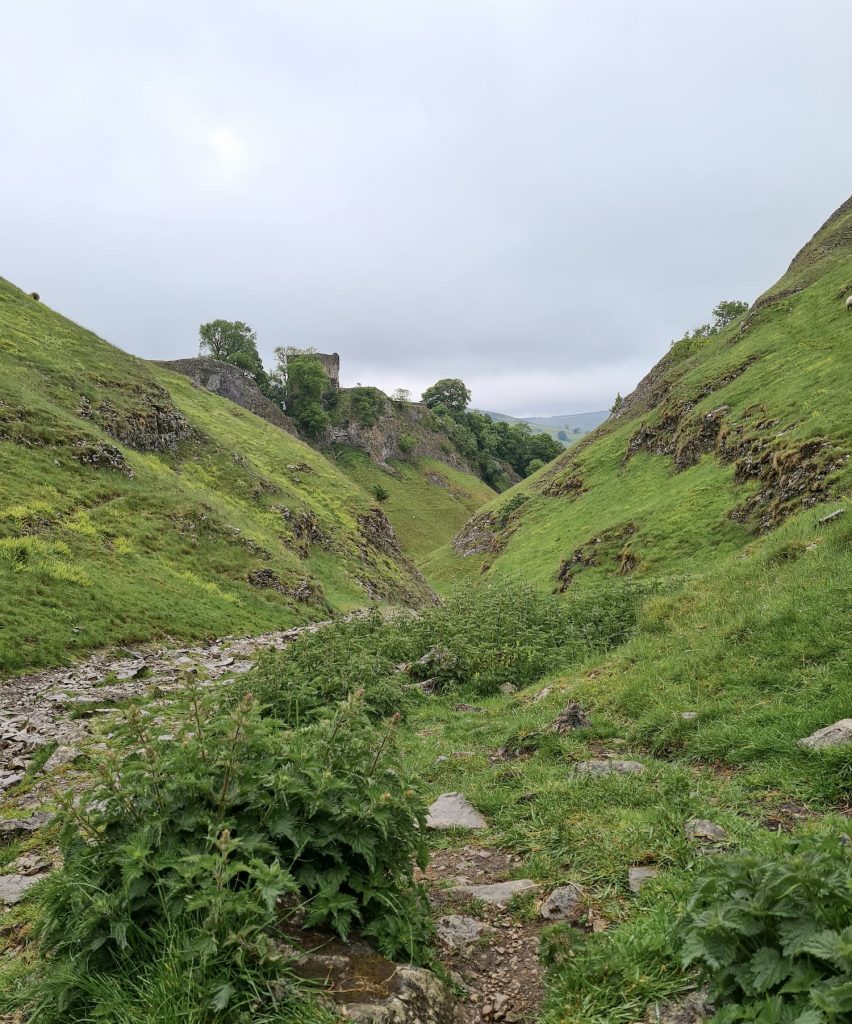 Cave Dale is even beautiful in the rain!

Our walk started at the Devil’s Arse car park (just because of the name!) and we headed through the pretty village of Castleton, past the most photographed house in Castleton (if you’re on Instagram, you’ll have seen it!). Castleton looked lovely with all the bunting up for the Queen’s Platinum Jubilee. 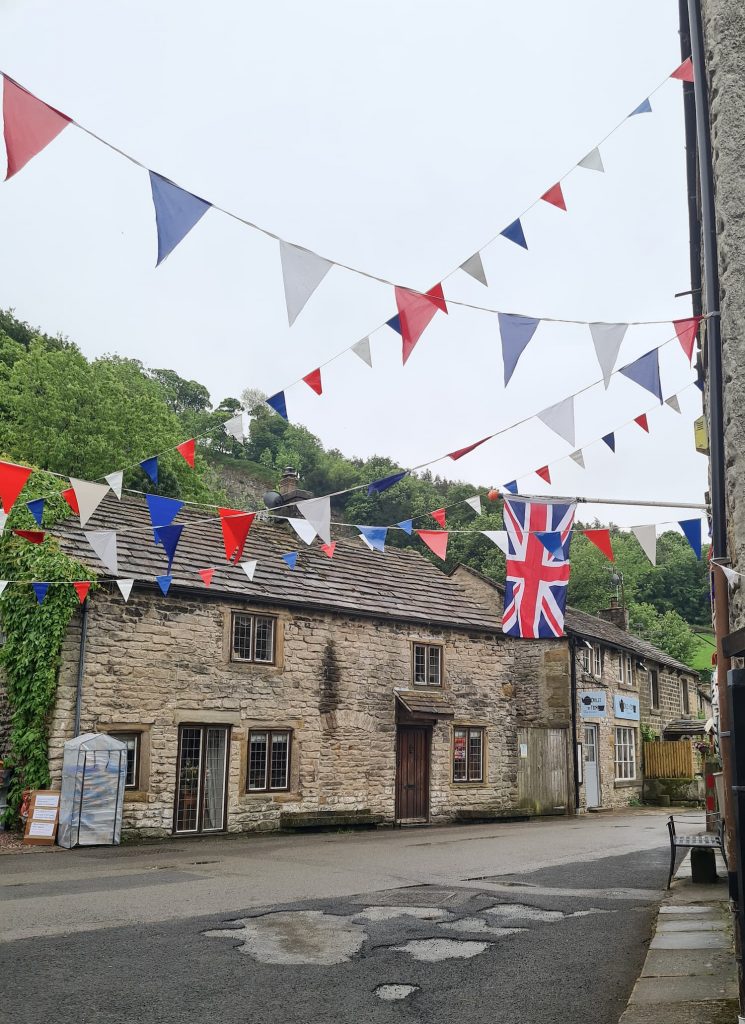 From here we walked up through Cave Dale, which is steep in places and the limestone underfoot can be slippery. Every time I’ve been on a walk in Cave Dale it’s been really slippery! We walked past Peveril Castle high up on the hillside. 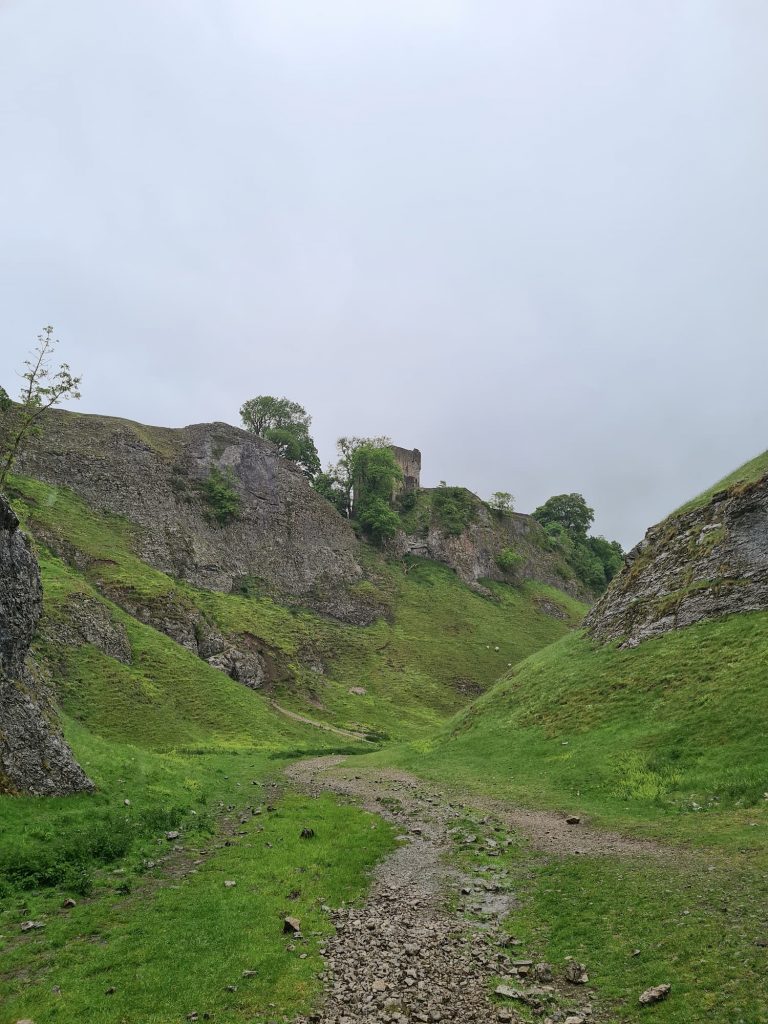 Cave Dale and the ruins of Peveril Castle

Eventually the rough limestone underfoot gives way to much nicer grass. We followed the Limestone Way for a while and then headed the direct route up the hillside to bag the Bradwell Moor trig point. This has a little bench thing around it so you can catch your breath! 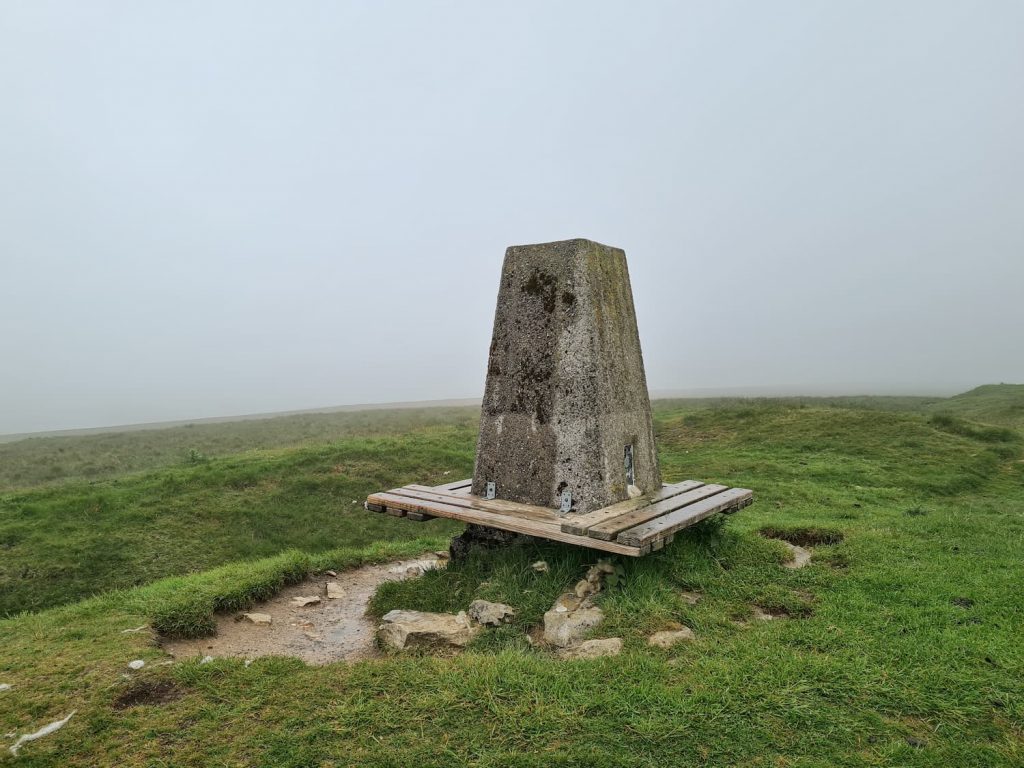 From Bradwell Moor trig point, we headed back down the hillside to pick up the Limestone Way again and retraced our steps back into Castleton. 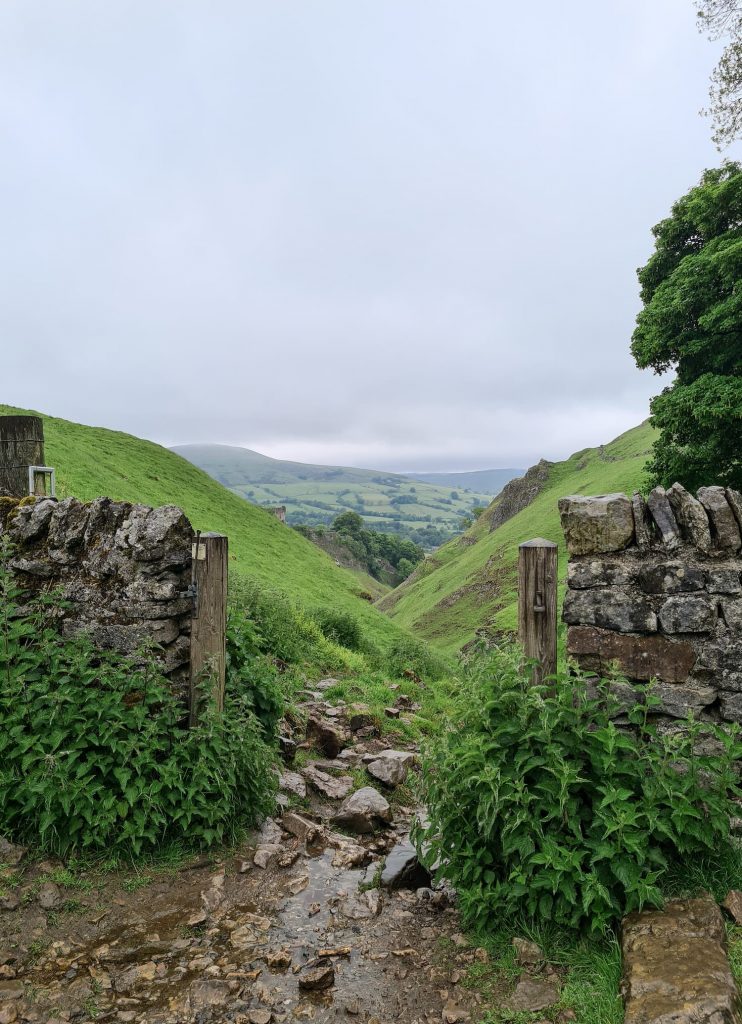 We had planned to extend this Castleton walk and take in some of the other nearby hills but the weather was terrible so we headed to the Three Roofs Cafe for some lunch instead.

Facilities: There are some public loos near the car park and cafes and coffee shops in Castleton

For a Cave Dale walk to Mam Tor, check out Castleton to Mam Tor Circular Walk via Cave Dale